Players from two Auckland-based Ricki Herbert Football Academy centres enjoyed a double header of games at ACG Strathallan’s Karaka grounds.
In the first game, the ACG Strathallan Talent Centre played the junior team from the North Shore Talent Centre.
Despite the game finishing scoreless, spectators were treated to an excellent game of football in which the Man of the Match went to Ollie Walsh.
In the second game, ACG Strathallan’s U-15 school team played the North Shore Talent Centre.
North Shore ran out 6-1 winners, with Reef Bainridge earning the Man of the Match award.
RHFA Auckland coach Sammy Negash said the day was successful and he wanted to thank all the players and referees who took part in the two games.
“I also thank all the parents who came to ACG Strathallan,” he said. 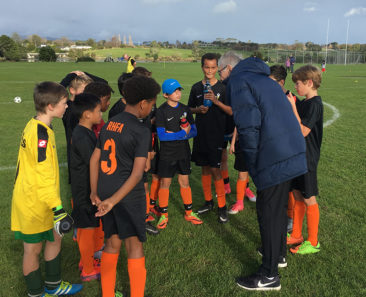 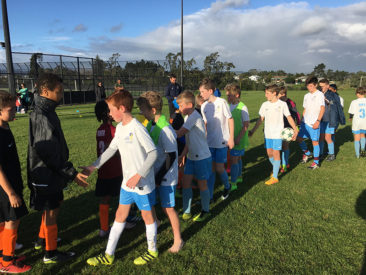