Players from the north and south of Auckland came together for a friendly match at Albany’s Pinehurst School that turned into a goalfest.

The match between two Ricki Herbert Football Academy talent centres ended in a 9-3 win for the players from Albany over the youngsters from Papatoetoe.

Academy coach Sam Negash said: “Albany played against a young Papatoetoe team and it was a very good game to watch from the sidelines. It was also good to see many parents coming along to watch.”

The next inter-academy match will be played between Papatoetoe and Beachlands/Maraetai. 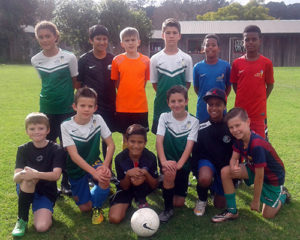 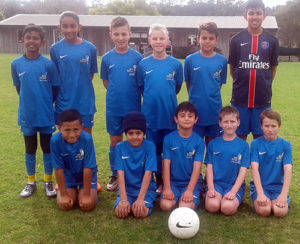 Photographs: The Albany and Papatoetoe (in blue) teams that played at Pinehurst School on June 12, 2016.