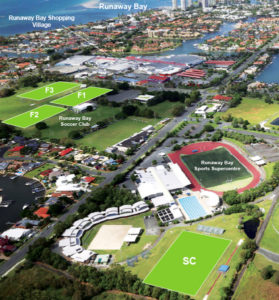 The Ricki Herbert Football Academy is pleased to announce its squad to tour Australia’s Gold Coast in July.

Two teams will be drawn from the squad and each will play four games as well as having daily training, pool and recovery sessions, as well as ‘whiteboard’ coaching to help develop their understanding of the game.

The squad will stay at the Runaway Bay Super Sports Centre (pictured) which has hosted a number of international teams in the past.