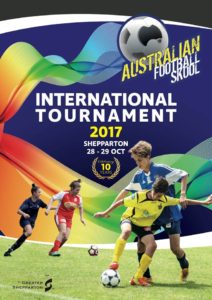 The Ricki Herbert Football Academy has named the members of its two teams heading to the 2017 Australian Football Skool’s international tournament to be held at Shepparton, Victoria.

The tournament, in late October, attracted 120 international sides last year and is expected to be on a similar scale this year.

The 2017 competition celebrates the 10th anniversary of the tournament.

Two RHFA teams will travel to Australia with the following players: