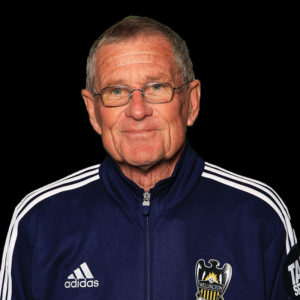 Ricki Herbert and all at RHFA express their condolences to the family of Russell Gray (pictured) who recently died in Wellington.

Russell Gray, a long-time employee at the Wellington Phoenix, was an accomplished sportswriter who was also the author of Ricki Herbert’s biography, A New Fire.

“Russ was the first guy I employed at the Phoenix. He was huge value to the club, he had an amazing heart for the game, and amazing love of the game.”

Herbert said he had telephoned the semi-retired Gray to consult him, and wound up offering him a job.

“He jumped at the chance and he was still there five and a half years later,” Herbert said.

After retiring, Gray continued to perform occasional work for the Phoenix and had even written the match report for the Phoenix’s most recent match shortly before his death.

He died in his sleep at his home in Wellington.

“All our thoughts are with his wife Barbara and their friends and family,” Ricki Herbert said.