Growing up on the Kapiti Coast, Joe Harris has always been an avid footballer and follower of the game.

His experience with Herbert and the Phoenix in 2011 helped prepared him for an 8-year stint overseas playing the game.

Following the completion of his degree at Seattle University, where he had a football scholarship, Harris furthered his career an extra season in the US before heading to Europe to play professionally in Scotland and Sweden for two-and-a-half years.

He returned to New Zealand in 2020 to play for RHFA technical director and coach Kale Herbert at Hamilton Wanderers, saying he loved his football there and was playing the best football of his career.

As a coach, Harris began working with junior football teams on the Kapiti Coast while he was a teenager and he continued to help coach at youth level at various summer holiday programmes in the United States.

He is also proficient at providing one-on-one coaching sessions.

Harris has been working as a coach with the RHFA since early 2020 when he attended its national camp. He’s coached at the academy’s skill programmes and looks forward to helping young players unlock and achieve their potential.

In September 202, Harris attended a NZ Football Junior C Licence course and plans to add to his coaching qualifications. 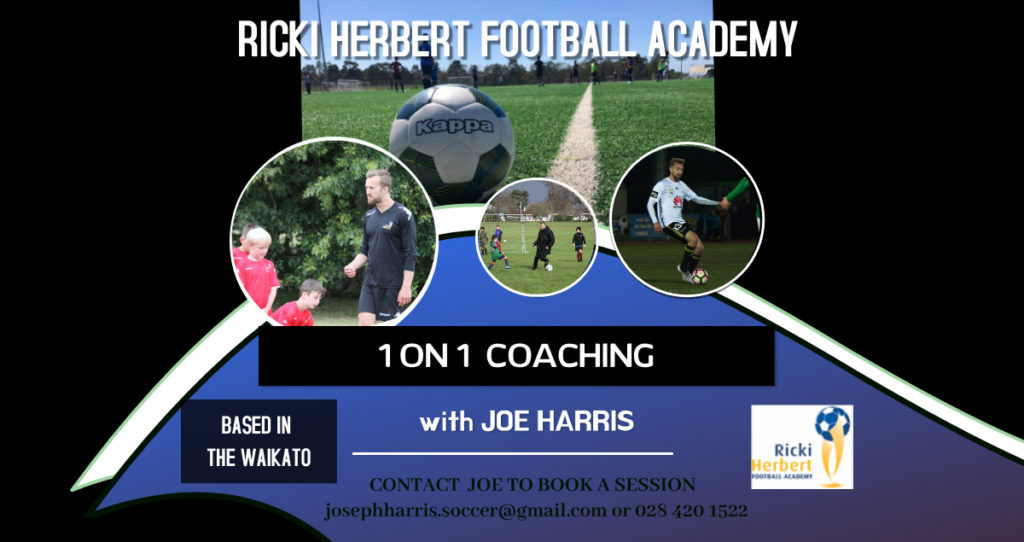 Academy founder Ricki Herbert has been confirmed as the New Zealand agent for an international...