A team of girls from Kamo Intermediate School have finished among the football competition medals at the annual Aims Games in Tauranga.

The squad of girls, aged 11-13, were coached by Phil Auton who is the Northland head coach for the Ricki Herbert Football Academy.

They took the bronze medal from the 36 teams entered in the girls’ tournament and took many of the better-known footballing schools by surprise.

“It was a great effort by the girls,” coach Auton said. “The school hadn’t competed at that level before and, in fact, one of the players had never even played football before.”

Auton had been working with the players from the school since the start of the year, as part of his coaching work with local schools and the Kamo Football Club which is a partner club of the RHFA.

The intermediate school team had been drawn in a tough qualifying group at the Aims Games but finished second on the table, on goal difference.

The team was beaten 1-0 in the semi-final by Auckland’s Baradene School and they then faced a play-off for third place with Northcross Intermediate who had beaten them 4-0 in group play.

Kamo reversed that result, beating Northcross 2-0 in the play-off, an indication of how much progress had been made by the team over the five days of competition.

Most of the team will stay together for next year and coach Auton says the players show a lot of promise. 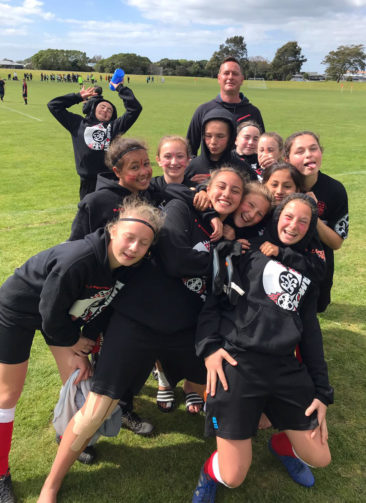 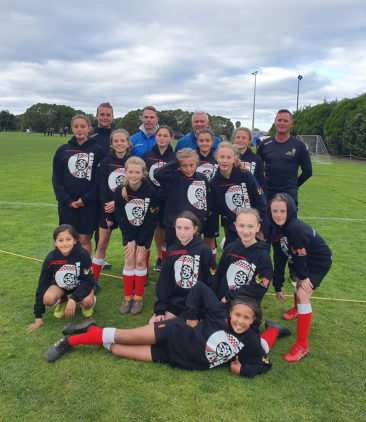