Kale Herbert has become one of New Zealand’s emerging coaching talents by sealing a place in the ISPS Handa Premiership semi-finals with his Hamilton Wanderers side.

The 28-year-old is in his second national league season with Wanderers, having succeeded father Ricki Herbert as head coach during the 2019-20 season.

Wanderers – who were rated as underdogs in this summer’s premiership – clinched a place in the knockout stages of the competition with a 1-1 draw at Eastern Suburbs (on February 21), despite playing with 10 men for most of the match.

The result means minor premiership winner Auckland City, Team Wellington and Wanderers are assured of spots in the semi-finals to be played over the March 6-7 weekend.

The fourth spot remains open with Waitakere United, Eastern Suburbs and Canterbury United all capable of making the cut, depending on results in the 14th and final round of games.

Ricki Herbert said he was “extremely proud” of Kale’s success, having guided Wanderers to its first ever finals series for the summer national league.

“Kale has achieved an excellent outcome and his application and dedication to his coaching has been well rewarded,” he said. 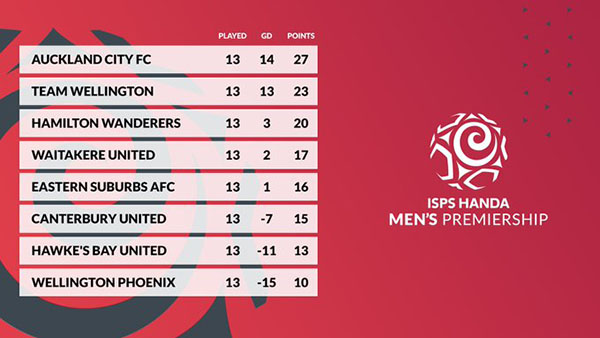 Meanwhile, Kale Herbert’s reputation as a coach is flourishing.

He’s been a full-time coach with the Ricki Herbert Football Academy for more than six years, working with young players in the upper North Island. He’s the academy’s Technical Director.

His first club coaching role was with Taupo AFC in the WaiBOP Championship in 2016, leading them to promotion to the WaiBOP Premiership.

He joined Wanderers as Ricki Herbert’s assistant coach, responsible for the club’s Lotto NRFL Premier Division side and taking over as head coach for the club’s national league squad.

And how does he cope with the expectations that come with a famous surname?

“I’ve always joked with my mates that I want to get one up on him (Ricki) but probably one up on him would be to win the national league with Hamilton Wanderers,” he told Stuff‘s Phillip Rollo in a recent interview.