Coverage from the popular blog in-the-back-of-the-net 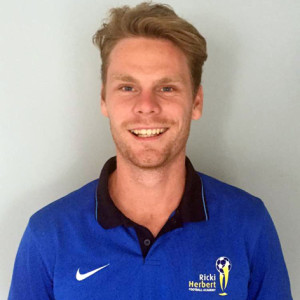 Taupo lost the tie 3-1 to the Auckland side that plays two divisions higher, in the Northern League’s second division, but the WaiBOP Championship side performed well, despite losing.

Kale Herbert is enjoying his first season as a senior club coach at Taupo and he’s steered his side unbeaten so far in the WaiBOP Championship.

Kale’s father Ricki became an All White at 18, to be coached by Fallon who won his first Chatham Cup as a 24-year-old player coach in 1977.

Coverage of Taupo’s cup tie with Manukau City, with photographs