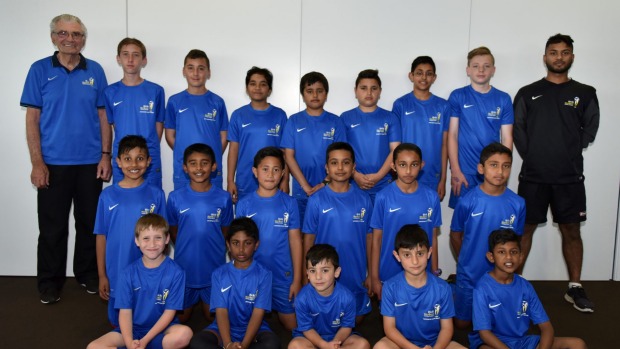 Ricki Herbert is reconnecting with his Papatoetoe past.

The former All Whites and Phoenix coach has expanded his Football Academy by setting up a Development Talent Centre in conjunction with Papatoetoe United Football Club.

The academy has started training sessions at the club’s facilities at Kolmar, the sports hub at the Papatoetoe Recreation Ground.

“This is a great opportunity, not only for players from our club, but players in the wider area to get quality coaching in a local environment,” he says.

“Setting up this Development Talent Centre also fits in with the club’s long-term strategy for player development.”

The academy gives all aspiring players from South Auckland the chance to develop their technique and skill closer to home, Ranchhod says.

Many top young local players travel to other parts of Auckland to train and play and he hopes the academy can help reverse that trend.

Herbert played his first football games as a pre-schooler at the Papatoetoe Recreation Ground, the first steps in an outstanding career which saw him play at the 1982 World Cup in Spain aged 21 as part of the first New Zealand team to qualify for the finals.

The former Papatoetoe High School student went on to captain the All Whites and also played professionally in England for Wolverhampton Wanderers during 1984-86 before starting his coaching career in the early 1990s at Papakura City and Papatoetoe AFC.

He coached the All Whites from 2005 to 2013, leading them to a second World Cup in 2010 in South Africa, where they were unbeaten and drew 1-1 with defending champions Italy, the greatest result in New Zealand football history.

Herbert also coached the Wellington Phoenix for six years until 2013 and was recently appointed national coach of the Maldives, a group of islands south of India with a population of 400,000.

Herbert’s father Clive is overseeing the day-to-day running of the academy while he’s in the Maldives.

Clive says Ricki is keen to support the area where he grew up and appreciates the support of Papatoetoe United’s committee and members.

Anyone wanting to learn more about the academy can contact Clive Herbert at [email protected] or Anil Ranchhod on 0274 201 720.

Published by the Manukau Courier and the Papakura Courier, January 2016.