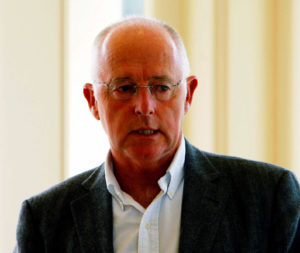 “Bill was a big influence on my All Whites coaching career and I’ll always be grateful to him,” Herbert said.

“Personally, and on behalf of the Ricki Herbert Football Academy, I want to express my sympathy to Bill’s friends and family.”

MacGowan held key roles in the sport including  Chief Executive of New Zealand Football and more recently of the Auckland Football Federation.

He was also the CEO of the Auckland Warriors and New Zealand Golf.

A service for Bill MacGowan will be held at the Omaha Golf Club on Thursday 10 May at 2pm.