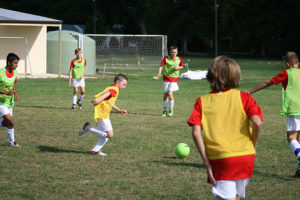 After five days of fun and football, about 40 young players have headed home from the Ricki Herbert Football Academy’s first National Training Camp in Cambridge.

The academy has held national camps in Taupo and Cambridge, giving coaches and players the chance to enjoy different venues and surroundings.

“We’ve really had a great time,” camp convenor Clive Herbert said at the conclusion of the Cambridge camp. “I have to thank all the parents who helped make it happen and the players who came here determined to have a good time but apply themselves to learning more about football too.”

Boys and girls aged 11-17 travelled to Cambridge from as far north as Whangarei and as far south as Invercargill for the camp attended by academy founder Ricki Herbert and a team of coaches. The players had daily coaching sessions at Cambridge Football  Club’s John Kerkhof Park and were accommodated each night at the nearby St Peter’s School.

Stories and photo galleries from the Cambridge camp: