Both teams representing the Ricki Herbert Football Academy have won their opening games on their tour of Australia’s Gold Coast.

Their next fixtures are a double header against Coomera, with both games starting at 5pm (Thursday July 18, 2019).

The matches will be staged at Ashmore Village Park, the home of Southport Warriors. 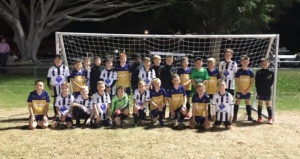