The two clubs met in the opening round of the Lotto NRFL Premier League with both clubs aiming to get their seasons off to a flying start.

As the game headed into added time, spectators seemed resigned to the points being shared in a scoreless draw.

With five minutes of additional time played, Semmy scored a dramatic winning goal to give Wanderers the win.

The RHFA connection ran deep within the Wanderers squad – the club’s head coach is Kale Herbert, who is RHFA National Head Coach.

Off the pitch, team manager Clive Herbert is a staff mentor and RHFA player mentor, as well as managing many of the academy’s touring teams abroad.

The academy provides player development programmes for junior players at Hamilton Wanderers, runs holiday progammes and works with its federation teams. The academy is also looking at running a Wanderers skills centre later this year. 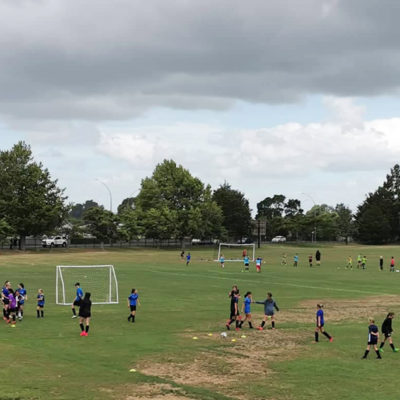