Cambridge FC and Hamilton Wanderers are sending teams to the Weir Rose Bowl tournament and to Taupo’s McCartney Invitational Tournament in October.

“It’s an exciting opportunity for young players to test themselves against the best in their age groups from the rest of the country,” RHFA founder Ricki Herbert said.

Herbert said some of the Cambridge and Wanderers teams were preparing together to help players get ready for the intensive nature of tournament play.

Main photo: Players from the Cambridge and Wanderers U-12 boys teams take part in a practice game at Hamilton’s Porritt Stadium.

“These tournaments can play a big part in helping to encourage young players to work on their game and to set their sights on being the best they can,” Herbert said.

“It’s terrific the two clubs understand the importance of tournaments and that we can work together to give as many players as possible the experience of going to these events.”

It has provided the opportunity for the northern region’s best under 12 boys’ and girls’ teams to compete for prestigious trophies named after the late Tom Weir who was a leading administrator for the sport in Auckland in the 1940s and 1950s.

The boys’ tournament bearing his name began in 1954 and a girls’ section was added in 2003.

For many years, the tournaments were contested by rep teams but in recent seasons, the criteria was changed to accommodate approved clubs who run skills centres to standards set by regional federations.

The RHFA runs skills centres for the Cambridge and Wanderers clubs.

Named after Taupo AFC’s long-time president John McCartney, this tournament has been held annually since 2004 when it began with eight teams.

It is now the largest juniors tournament in the country with dozens of teams gathering from the North Island.

The tournament has sections for boys and girls aged 8-15.

Cambridge will be represented by five teams and Wanderers by six teams at the 2020 tournament.

Photographs (below) – Wanderers and Cambridge U-12s practice ahead of the October tournaments. 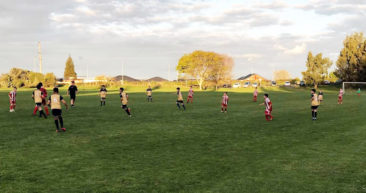 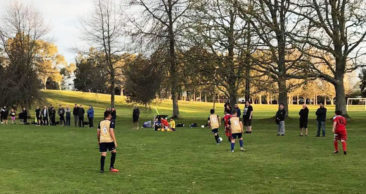